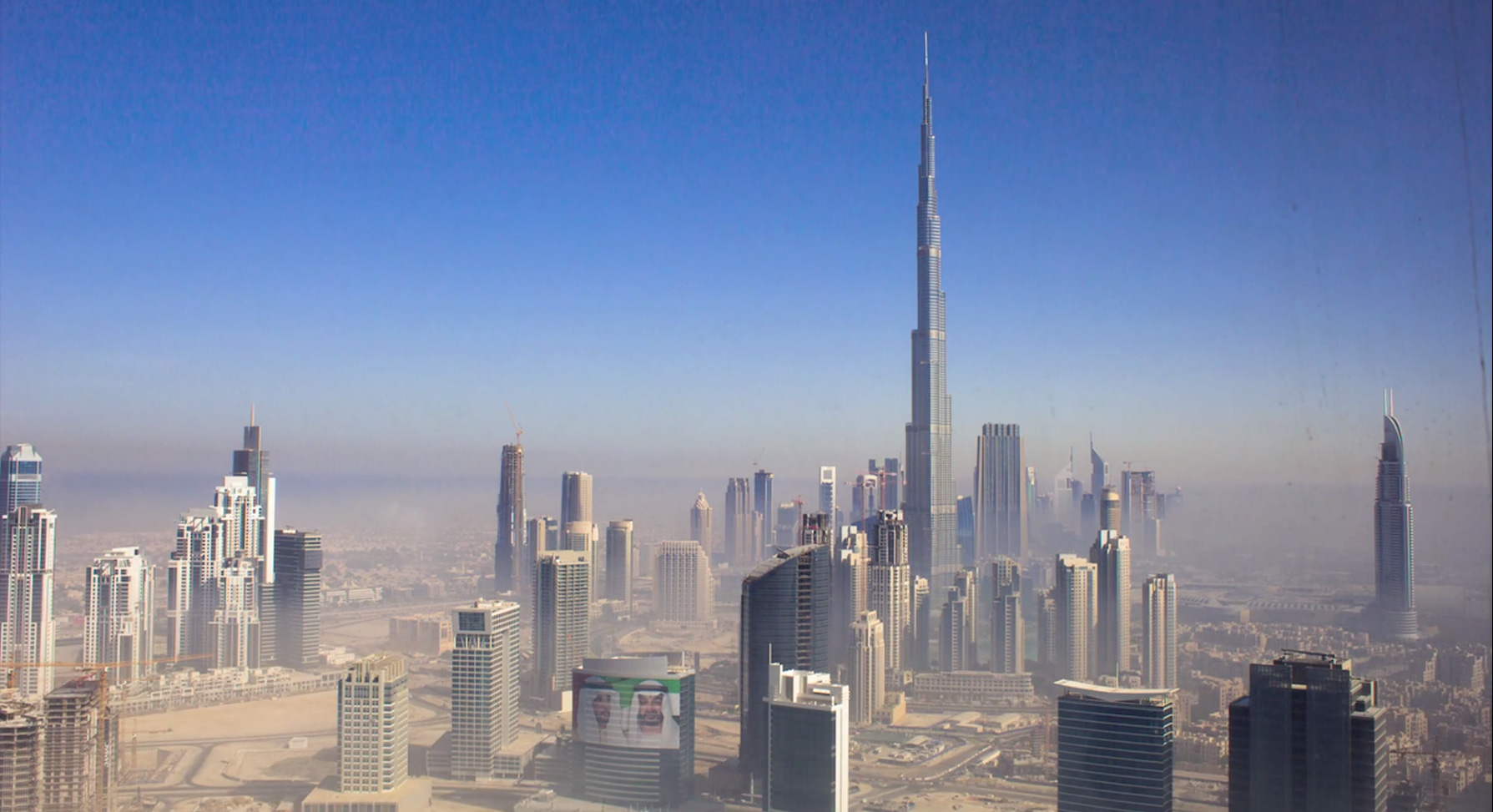 The Burj Records | How High is Burj Khalifa

Dubai city is a playground for a lot of main international super skyscrapers, but we cannot skip the biggest star of them all, Burj Khalifa. The building has captured the attention of worldwide travelers even before it was opened. And they have been asking frequent questions like How high is Burj Khalifa?

Which Company made Burj Khalifa, and how many floors there? These kinds of questions come up on everyone’s mind once they see the Burj standing in the bride with massive height. The Khalifa Burj has been remarked as the most prestigious address for VIP and elite guests.

How High is Burj Khalifa

It is located amongst the famous skyline in Dubai downtown and represents a symbol of urbanization, high economy, and technology that the United Arab Emirates has. It rises over the city at an impressive 2,716 feet, 828 meters. The Burj was opened officially in 2010 by Sheikh Mohammed Bin Rasheed Al Maktoum. And it has some of the shocking numbers to be revealed:

Now, since you know How high is Burj Khalifa. It is good to know that the Khalifa tower, known before as Dubai tower, is twice the height of the empire state building in New Your City, and three times tall as the Paris tower, Evile.

The Burj is known as the tallest building in the world and with an amazing Burj Khalifa viewing platform, but it seems that Burj has earned other international titles and rights. It has the following records:

The Highest Number of Stories

The Burj holds the record of the highest floors with 160 floors and one underground, constructed by GWR rules.

Floors from 77 to 108 are residential. The Burj holds the record of the highest residential apartments with 385 meters.

The Highest Restaurant in The World

Do you want to dine while watching Dubai skyscrapers around you? Well, Burj Khalifa inside has At. mosphere restaurant that provides you spectacular views. The restaurant holds the record of the highest restaurant in the world, situated on the 122 floors with 441 meters high, and with 210 people capacity.

Besides restaurants and apartments, there is also a swimming pool that is titled as the highest in the world located on the 76th floor of the Burj.

The Tallest Building in The World

Wednesday is a national skyscraper in the united states of America where they admire the beauty of tall buildings and towers. It is the day to honor the production of great engineers and architects.

You ‘ll find amazing skyscrapers across the globe, but one stands literally above the rest which is in Burj Khalifa.

How high is Burj Khalifa?

It measures 828 meters high and stole the crown from the empire states, Taipei 101, and Petronas towers of Kuala Lumpur. It surpassed anything built by a man from the ground.

Which company made Burj Khalifa?

The building was developed by Emaar properties, and designed by SOM company. 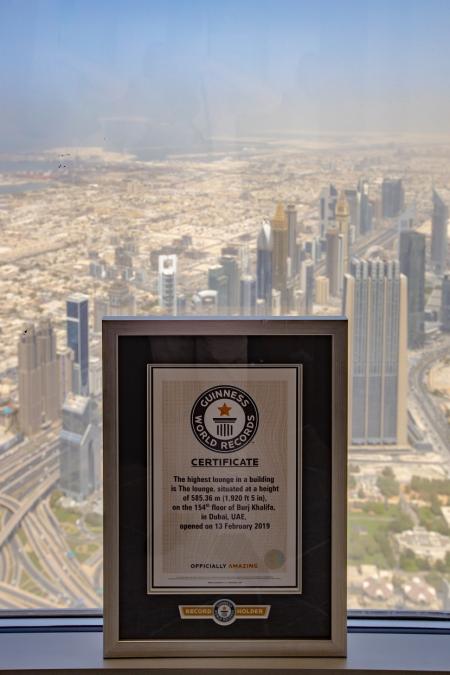 Which Company Made Burj Khalifa

Who is responsible for How high is Burj Khalifa now?

The building was designed in the shape of a spider Lily or known as Hymenocallis flower which is native in southern American and Mexico. Some believe that was inspired by Islamic architecture mosques that were flowered as well.

The American designer Adrian Smith who was involved in designing the Dubai tower has contributed to building another tower that will hit the records of skyscrapers Height. The tower will be called Jeddah tower, Saudi Arabian kingdom, and expected to be completed by 2020.

The United Arab Emirates when heard the news, announced that it is planning to build a tower even higher than Burj Khalifa and the assumed Jeddah tower. So, let us see who will earn the record in 2020.

A lot of people are asking which company made Burj Khalifa? The SOM company which stands for Skidmore, Owings & Merrill is responsible for highly advanced technology buildings and structures. The company has architects, designers, and engineers who are working together to achieve great goals like the Burj Khalifa viewing platform. 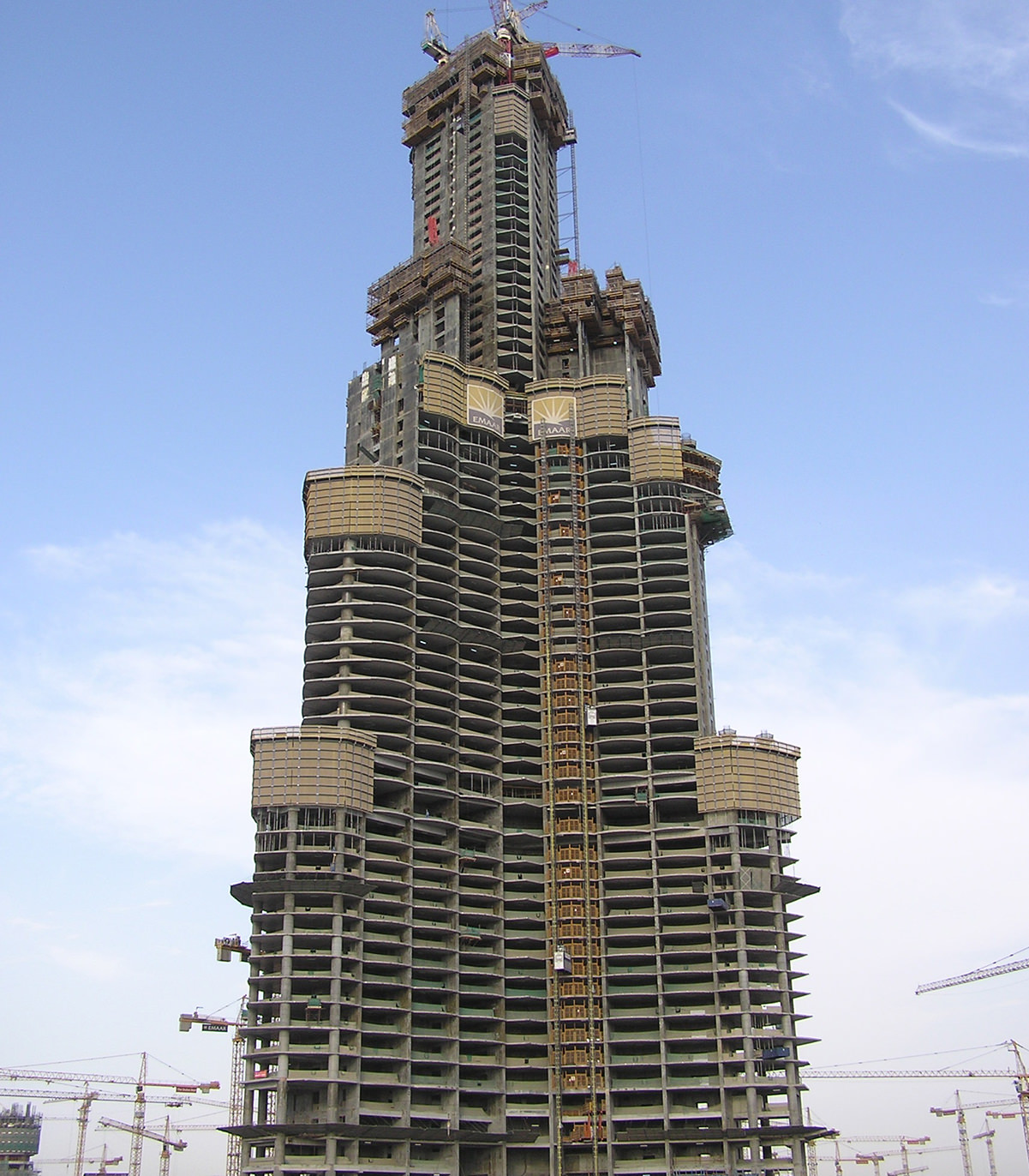 Armani Hotel in The Burj

Of course, Giorgio Armani doesn’t need to be introduced. The legend of fashion is designing his own hotel for the first time in the Burj, and I guess he chooses this in particular for being related to how high is Burj Khalifa.

He also designed his club in the Burj and it is one of the most luxurious nightclubs in Dubai.  All of the hotel’s 160 rooms occupy the whole floor of the 39th.  The hotel is decorated in muted gray colors and uses the finest fabrics with Japanese wooden floors.

Every guest is treated as a VIP and has an elite welcoming.

The hotel which is known also as “Burj Khalifa hotel” has extra suits on the 9th and 16th floors for those who are seeking more of a permanent stay. The 144 permanent stay suits have the same decoration and interior design of the rooms located on the 39th floor.

The suits have access to selective shops located at the lobby level.  Your stay in Giorgio Armani hotel will definitely provide you a Burj Khalifa viewing platform.

Read More: The Ultimate Guide About Burj Khalifa In 2020

Let us take a moment to appreciate all of these world records that the Burj earned through spending a massive budget and doing hard work. The title is completely deserved and the building is a masterpiece in itself.

How high is Burj Khalifa was not the main question of our blog, despite being so important, but we wanted to clarify the world records of the Burj as well. If you have ever visited Dubai, take a look at the highest restaurant, and checkout “at the Top” observation deck.

All you Need to Know about Helicopter Charter in Dubai 2021