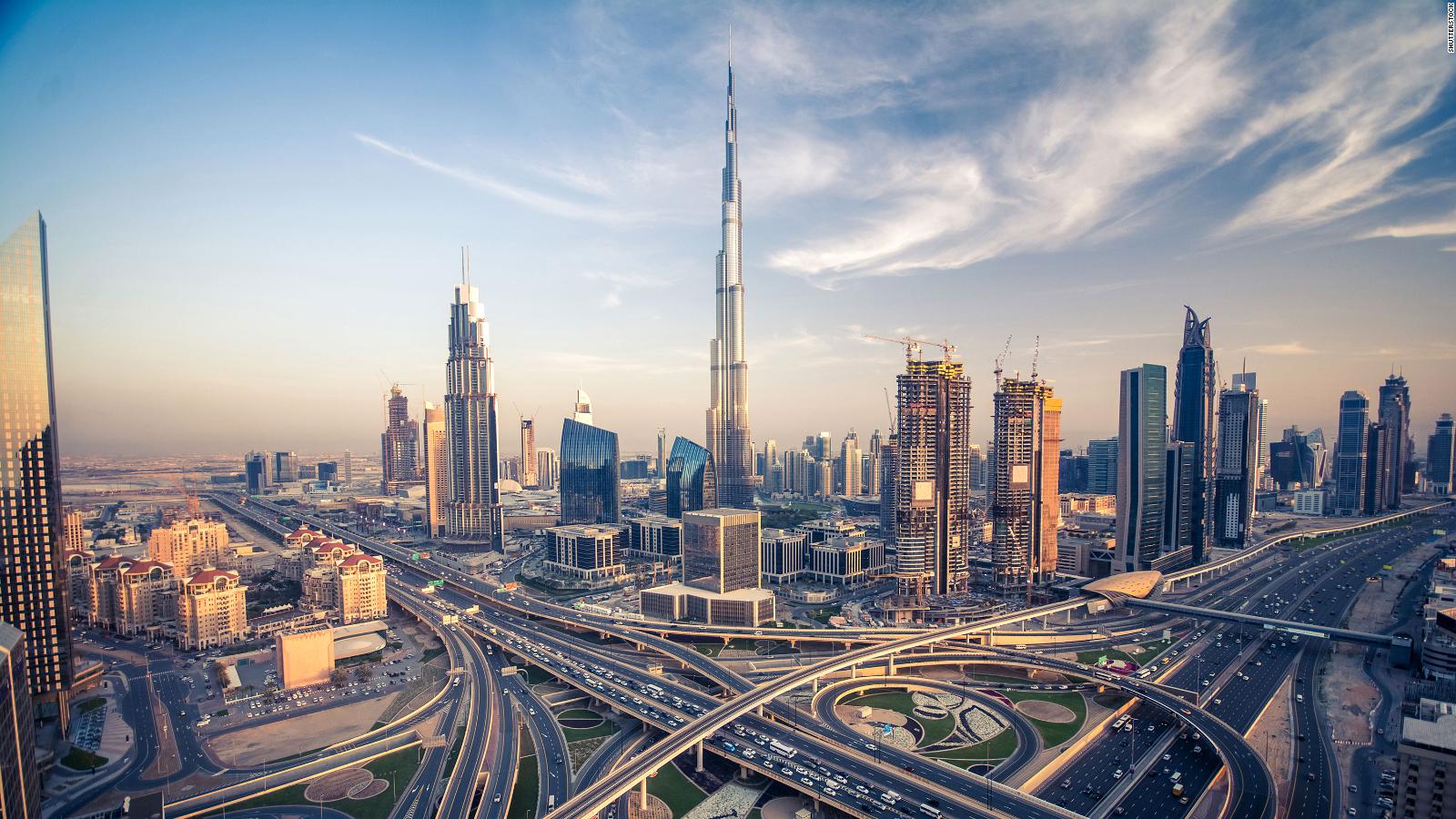 Dubai is often referred to as the city of wonders. Many Dubai icons make the city one of the most touristic attractive cities in the world. The city’s international airport welcomes millions of tourists from all around the world each year. The city is home to over 200 nationalities that live in the city. Many tourists visit the city each year to explore its various icons. Here are the top 5 places to see in Dubai the next time you visit the city.

Dubai Mall is a shopping paradise for those who love shopping. This huge mall is home to over 1300 retail shops and 200 food & beverage outlets. The Dubai mall has some of the most well-known retail shops in the world such as Nike, Louis Vuitton, Converse, and CHANEL.

The Dubai Mall has a dedicated area for luxurious and lavish brands called Fashion Avenue. This area has over 200 well known luxurious brands that sell high-quality cosmetics, clothing, purses, shoes, and many more.

The Fashion Avenue is also home to the Armani café. This luxurious café is located right in the middle of Fashion Avenue. It is one of the most expensive food & beverage outlets in the entire mall.

Even the current leader of Dubai, His Highness Mohammed bin Rashid Al Maktoum, was seen at the Armani café.

The Dubai Mall is also home to the well-known dancing fountain. This fountain which is located right outside the mall is operated every hour. The fountain is called the “dancing fountain” because of the way the water moves from the fountain.

The fountain shoots up water in different directions which are synchronized with the rhythm of the song that is playing while the fountain show is on. The dancing fountain is a defiantly one of the most beautiful places to see in Dubai and shouldn’t be missed when you visit Dubai. 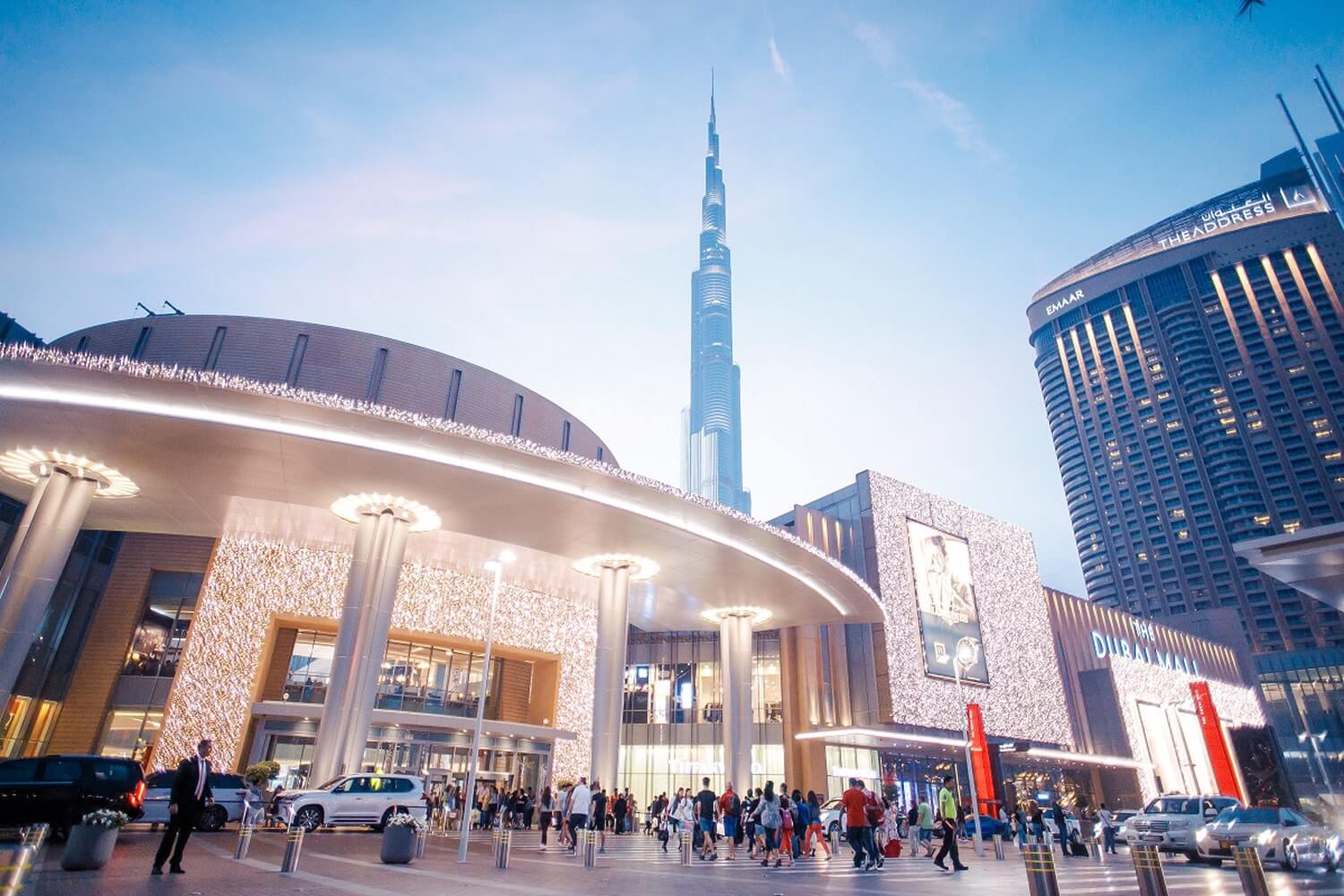 Dubai Frame is one of the most affordable yet beautiful attractions in Dubai. For only 50 DHS (14 USD), you can view both the modern and old Dubai from the frame. This structure is 150 meters high and provides stunning views of the city.

The Dubai Frame bridges between Dubai’s rich past and marvelous present. Get a birds-eye view of the city. Watch the evolutionary change of the city from the past to the current time.

Enjoy your coffee while you spot out the various other attractions such as the Burj Khalifa from on top of the Dubai Frame. 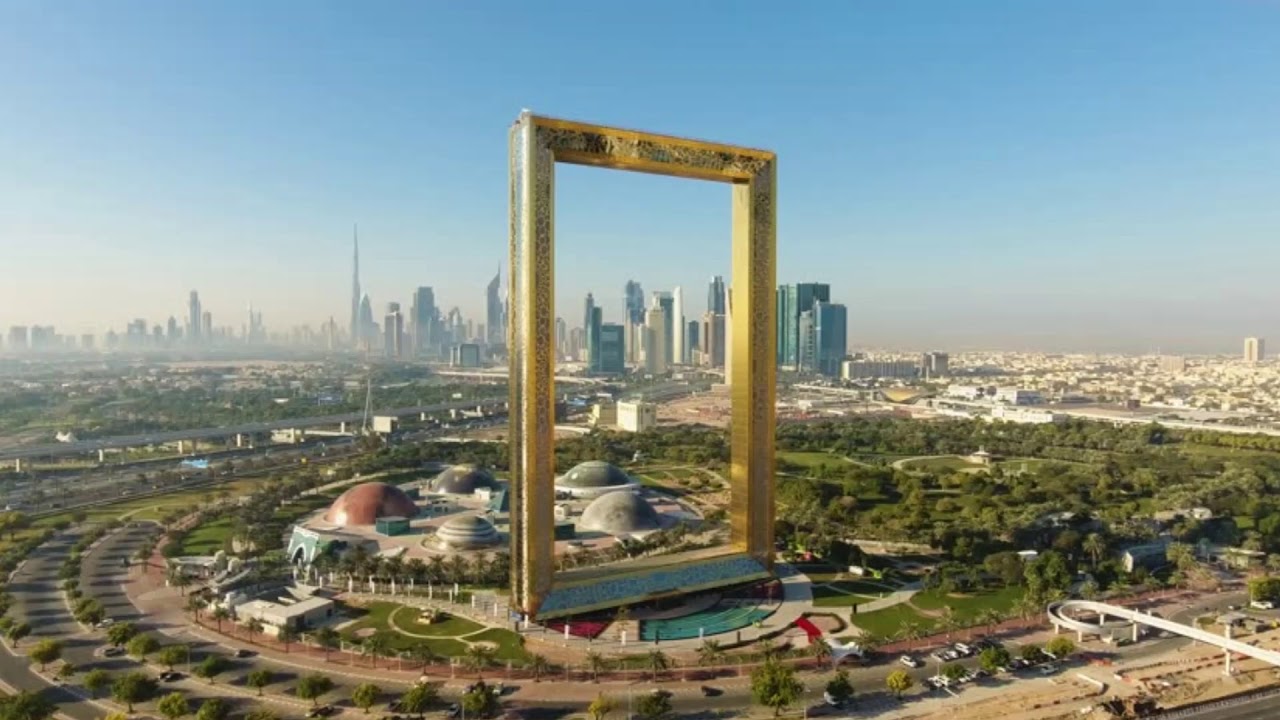 The Palm Jumeirah is an artificial island built-in 2006. This artificial island is home to some of the most marvelous hotels in Dubai such as Atlantis the Palm, Rixos The Palm Dubai, and St. Regis Dubai The Palm.

As the island’s name suggests, the island has a palm tree shape. With each branch of the tree containing hundreds of villas and apartments. The Palm Jumeirah one of the most popular places to see in Dubai.

The Palm Jumeirah is also home to one of the best water parks in Dubai. It is located in the Atlantis the Palm hotel. Atlantis Aquaventure Dubai waterpark also has one of the biggest aquariums in Dubai.

The aquarium contains more than 65000 different aquatic creatures. The aquaventure waterpark has over 30 thrilling rides. Suitable for both adults and children.

Burj Al-Arab is one of the most luxurious places in the world. The Burj is one of the Dubai icons of luxury. Construction of the hotel began construction in 1994 and was opened in December 1999. This 5-star hotel is known for its luxuriousness and architecture. This hotel is a must-visit when you visit Dubai.

The Burj was so luxurious at its time that a British journalist called it a 7-star hotel. The hotel has 202 bedroom suites with 6 restaurants. The hotel is built on an artificial island which is 280m offshore. 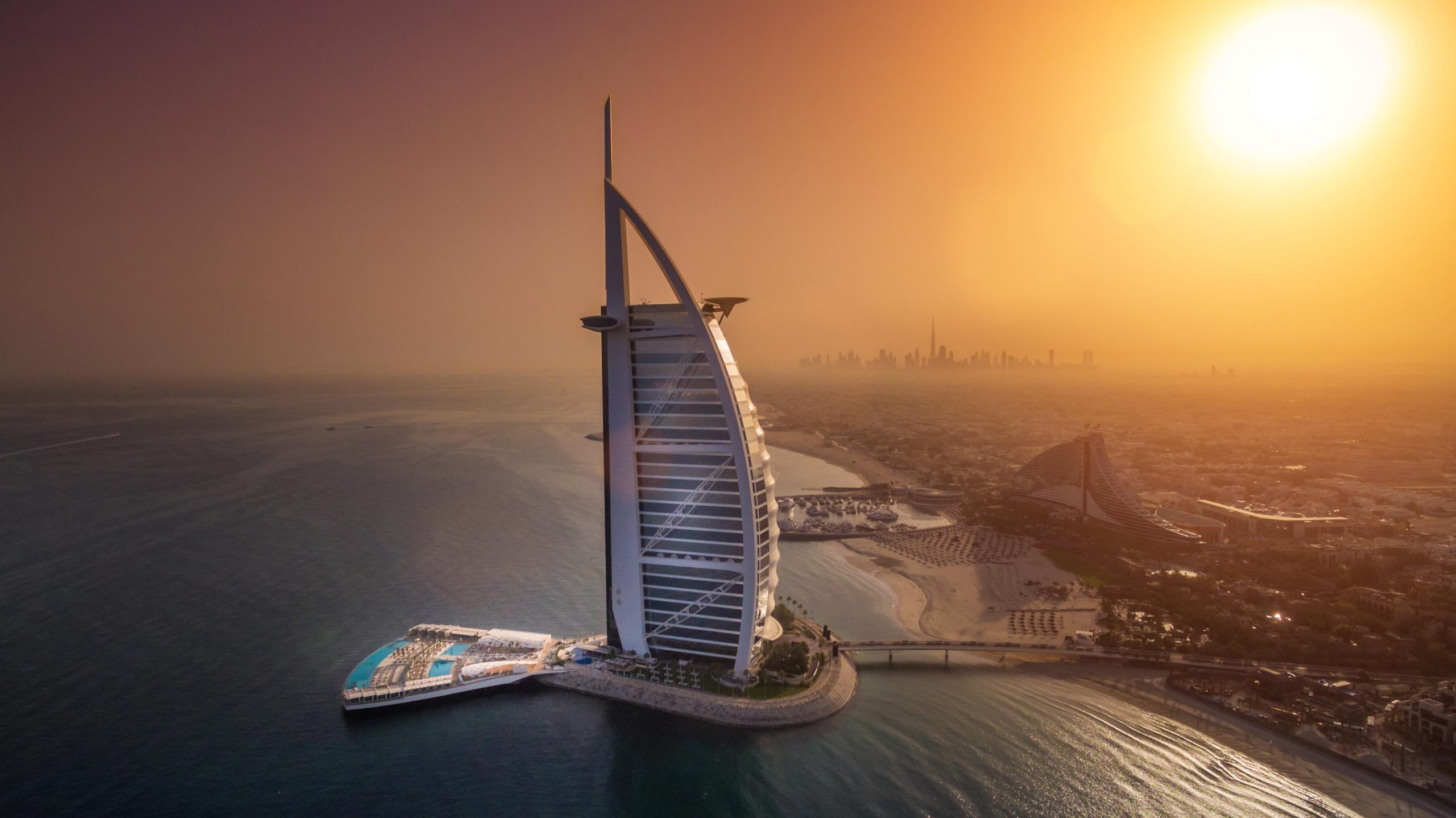 This architectural beauty is 829.8 meters tall and has over 160 floors. The Burj began construction in 2004 and was opened in 2010. Construction of the tower cost 1.5 billion USD. The Burj has 2 observation decks. One is located on the 124th floor and the other is on the 148th floor. 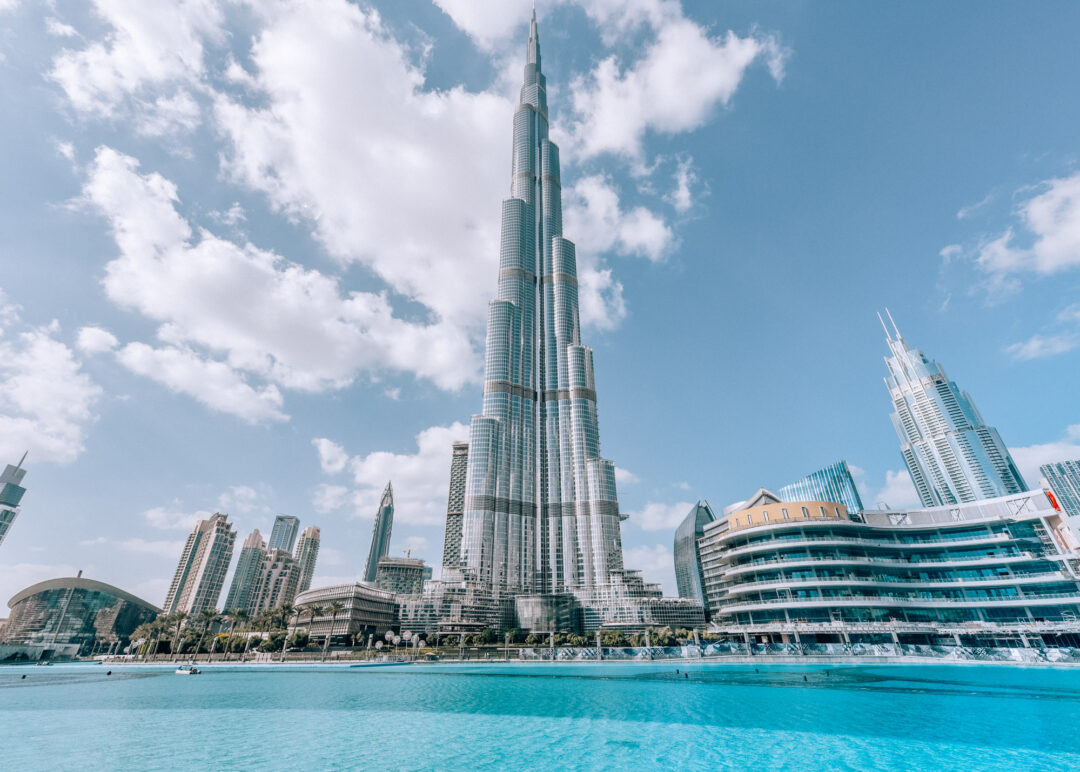 “There are many attractions and places to see in Dubai. Don’t miss on visiting these amazing places to experience the beauty of Dubai at its fullest”

7 Must Try UAE Traditional Food When you Visit Dubai