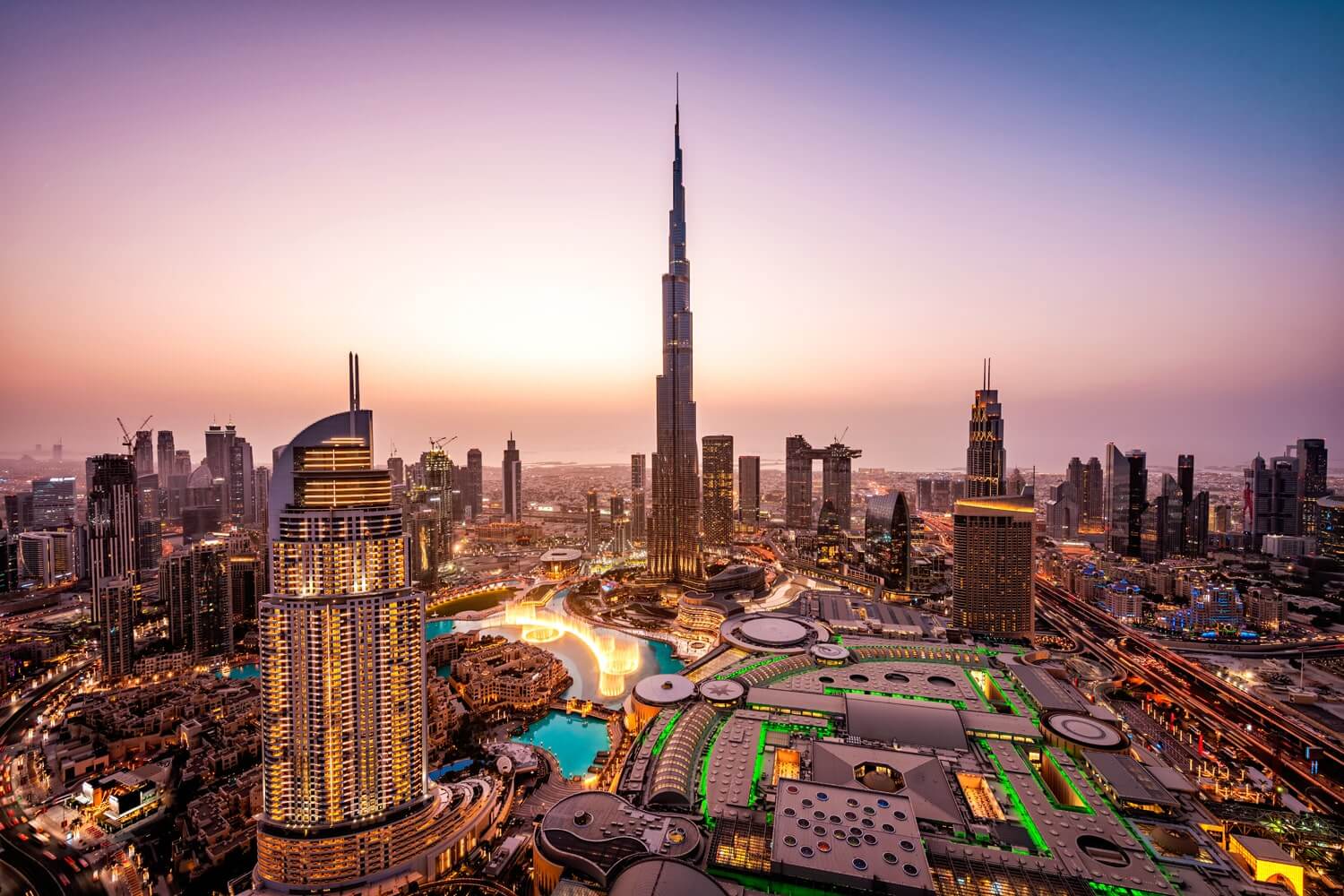 Burj Khalifa is known as the Dubai tower too.  The construction of the building began in 2004 and completed in 2009 with five years of hard work and effort.  The tower construction was made by the Emirati government as a way to increase the country’s economic source regardless of the oil-based industry.

It was also designed as a part of a new development movement called Downtown Dubai and was officially opened in 2010.  The tower helped the U.A.E and Dubai city in particular to get international attention, and we’ll give some details about Dubai Burj Khalifa height and other information.

Dubai Tower At The Top

In the beginning, the building was named as Dubai tower, but later on, the name changed to Khalifa to honor the ruler of Abu Dhabi state and U.A.E. Sheikh Khalifa Bin Zayed Al Nahyan.

The Burj was designed by the great architect who once designed the world trade center in the United States of America. Not so many know that the Burj shape was inspired by Islamic architecture, in particular the great mosque of Samarra. 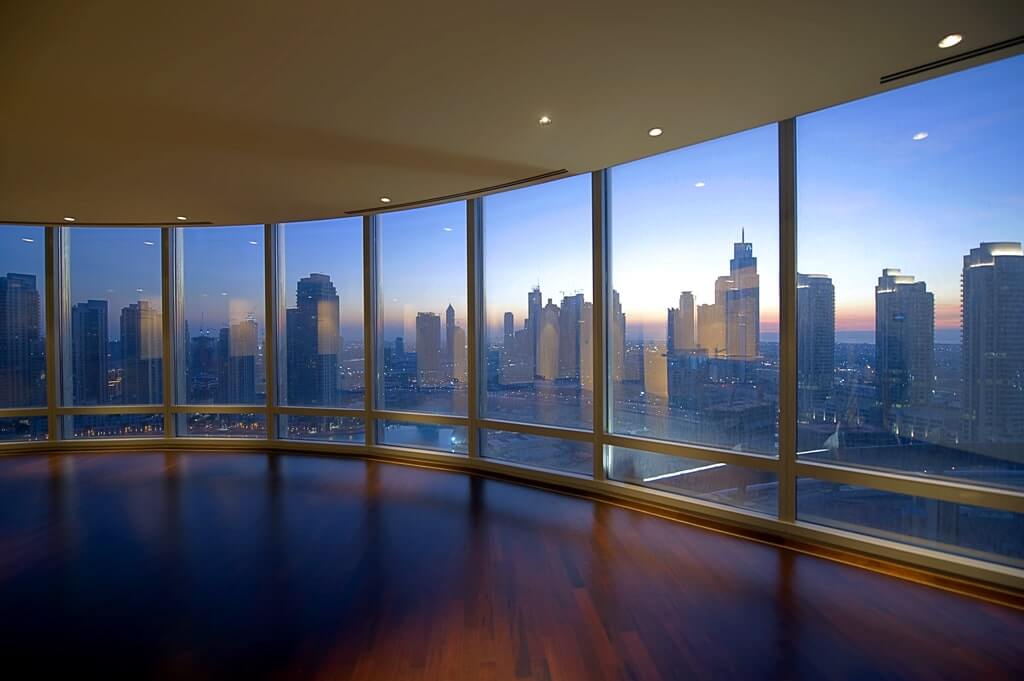 The Financial Situation of Dubai Tower

Such a huge project like the Burj requires a huge budget as well. The Emirati government didn’t expect to face problems with the building’s financial situation as the original developers had financial issues and required more money and refunds.

So, the president of the U.A.E supplied the project with money, and that’s why the name of the tower was changed from Dubai to Burj Khalifa as an appreciation for his grants and donations.

Now the Burj is surrounded by international hotels and connected to Dubai Mall, and how amazing if you can get to capture the Burj from above in a helicopter tour Dubai.

The Tower Architecture and Design

The company which designed the Willis Tower in Chicago, United States is also the one who designed the Khalifa tower using the same shape of the bundled tube as a design. The company is called Skidmore, Owings, and Merrill (SOM).

The construction is derived from Islamic architecture that starts from a flat base and rises up in the shape of the Tuleb flower. There are 27 setbacks, and the spire of the Burj consumes more than 4000 tons of steel. The spire of Dubai Burj Khalifa height is 244 meters, and without the aspire, the Burj will be 585 meters tall.

Dubai tower has an observation deck called (at the top) which was officially opened in 2010. The observation deck was on the 124th floor until October 2014 when the 148 was opened representing the world tallest deck with 555 meters high.

Unfortunately, the title was taken away when the Shanghai tower opened its 561 meters high observation deck to steal the record from the Emirati Burj.

Dubai Burj Khalifa height has been in many phases and processes. The SOM which was responsible for the design declared in late 2008 that the building will be 808 meters high.

Adrian Smith, the architect of the Burj, announced later that he will add no more floors, and will stop at the height of 555 meters. The 124th-floor deck features an electronic telescope. 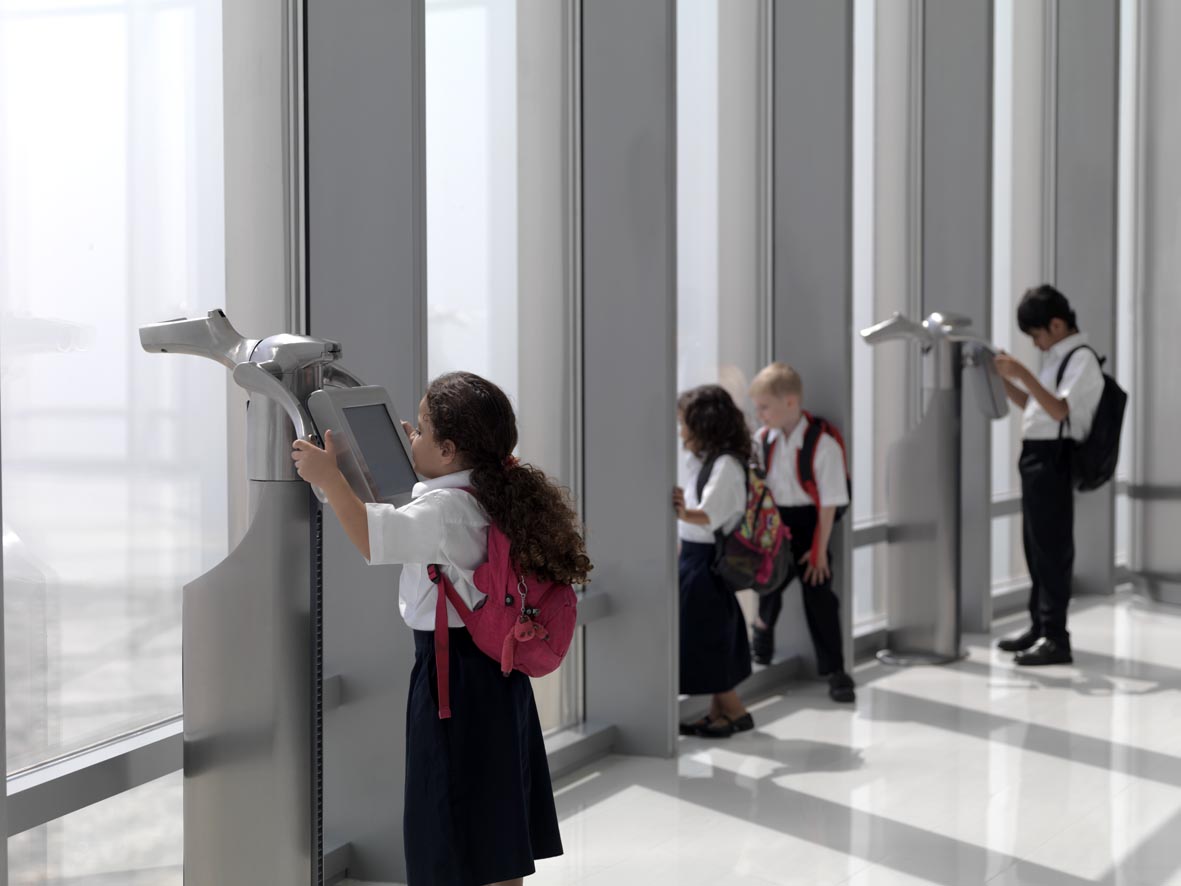 Dubai tower is full of many things to do. If you are in Dubai city, then you must have been searching for Burj Khalifa at the top ticket price.

The Burj completes the skyline with its spectacular height. You can visit the world tallest building evening or day, and have the chance to get 360-degree panoramic views of the Gulf and Dubai city.

The building has 57 elevators that are considered to be faster in the world. Take them to reach the top of the 124th and 125th floors that gives exceptional views.

You will have an amazing view any way from the floor to ceiling windows, or you can use a special telescope to get a closer and clearer look on the Dubai desert, the gulf, and surrounding skyscrapers.

At The Top Tour

We are offering Burj Khalifa tickets that include:

Burj Khalifa at the top ticket price varies depending on the time of the sightseeing.

Due to COVID-19, all Burj Khalifa at the top tickets have 20% discount

At The Top SKY Tour

In this SKY tour, you will get to ride the world’s fastest elevator to reach floor 148 in minutes. You will have the chance to enjoy spectacular views from the 555 meters high observation deck. The SKY tour includes:

Burj Khalifa at the top ticket price of this tour starts from 383 AED.

Dubai tower is a must-see destination whenever coming to Dubai city. You will find many deals and offers to the tower, but the key is to choose the best Tour Operator in Dubai that gives VIP services and luxury access with the best prices.

The building combines restaurants, clubs, and coffees that you can enjoy insides, and outdoor observation deck. Enjoy the Dubai fountain show during the show and get into Dubai Mall to check out the water zoo, Dubai Aquarium inside the Mall.

15 Helpful Tips and Tricks for a Memorable Dubai Desert Tour