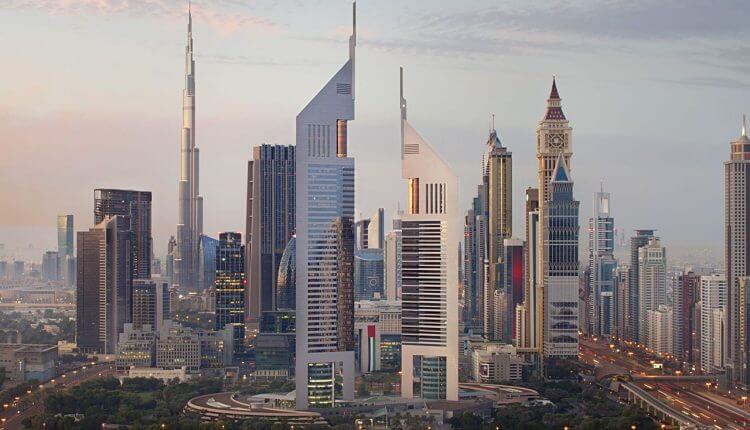 A Tour of Jumeirah Emirates Towers | The Full Guide

Jumeirah Emirates Towers is famous for its soaring atrium and it is Dubai’s favorite business spot. It offers ample facilities that include 400 rooms, eight meeting suites, 11 dining, and nightlife outlets, including award-winning restaurants such as ( The Rib Room and Al Nafoorah, a large ballroom, the Biz Hub, and outdoor venues). These cater for business and social events.

at the forefront of innovation, Jumeirah Emirates Towers has lost none of its lustre over the past two decades. It continues to stand as a visually stunning gateway to Dubai’s financial district. 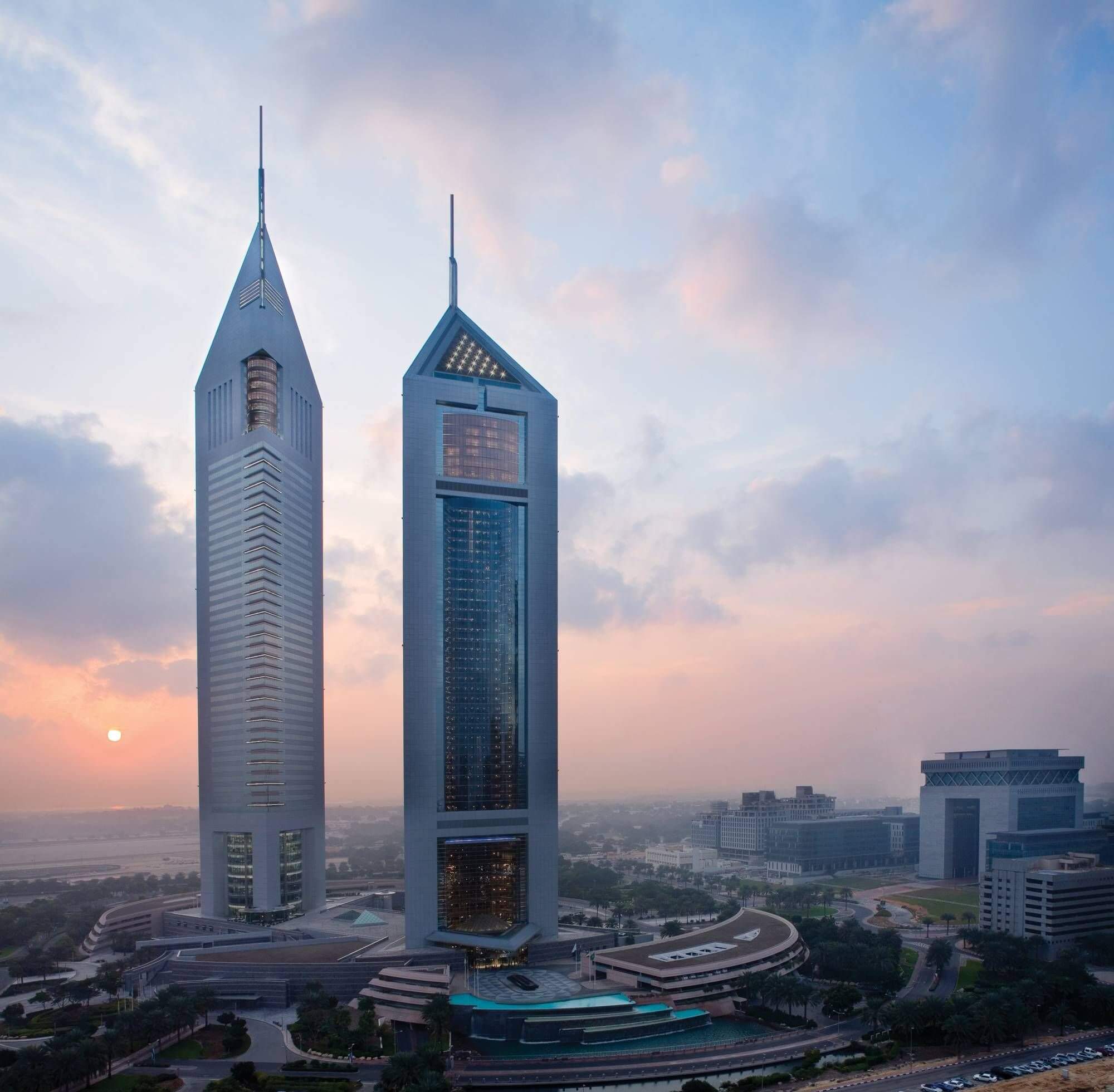 In the 1990s, the Vice President and Ruler of Dubai-Sheikh Mohammed Bin Rashid launched a design competition for a new landmark in Dubai’s fast-growing financial hub. His request was twin towers that would be at least twice the height of the 149-meter Dubai World Trade Centre.

The towers were designed by architect Hazel Wong and the construction began in 1996. Hazel Wong still counts it as her favorite project.

Jumeirah Emirates Towers slender triangular structure is clad in aluminum panels. This allows the towers to capture the sun’s changing light. The shape also gives entirely different perspectives to the towers from the viewer’s point of view. According to Wong, the key goal in the design of the Emirates Towers was to create a dynamic structure based on the point of view and time of day. 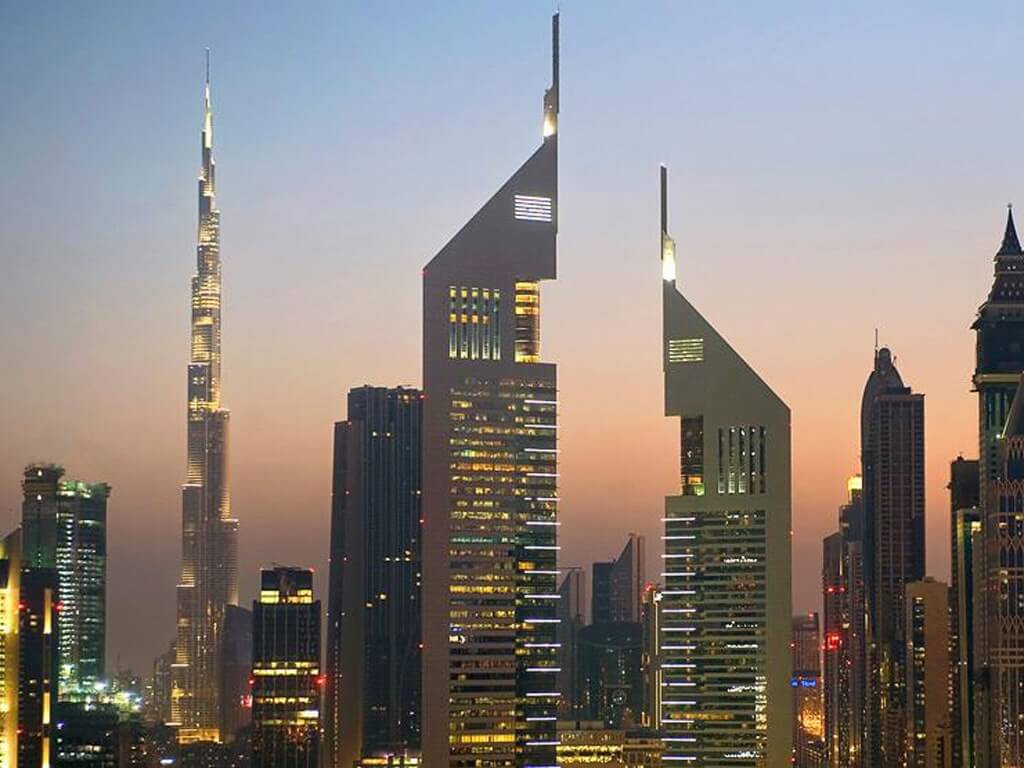 The Jumeirah towers feature a 350-meter office tower and a 305-meter hotel tower. These are connected by a central podium-The Boulevard.

The architecture and design firm Pringle Brandon Perkins + Will constructed the hotel’s lobby, which highlights a 30-meter high atrium.

The hotel’s glass elevators travel at a distance of four meters per second. 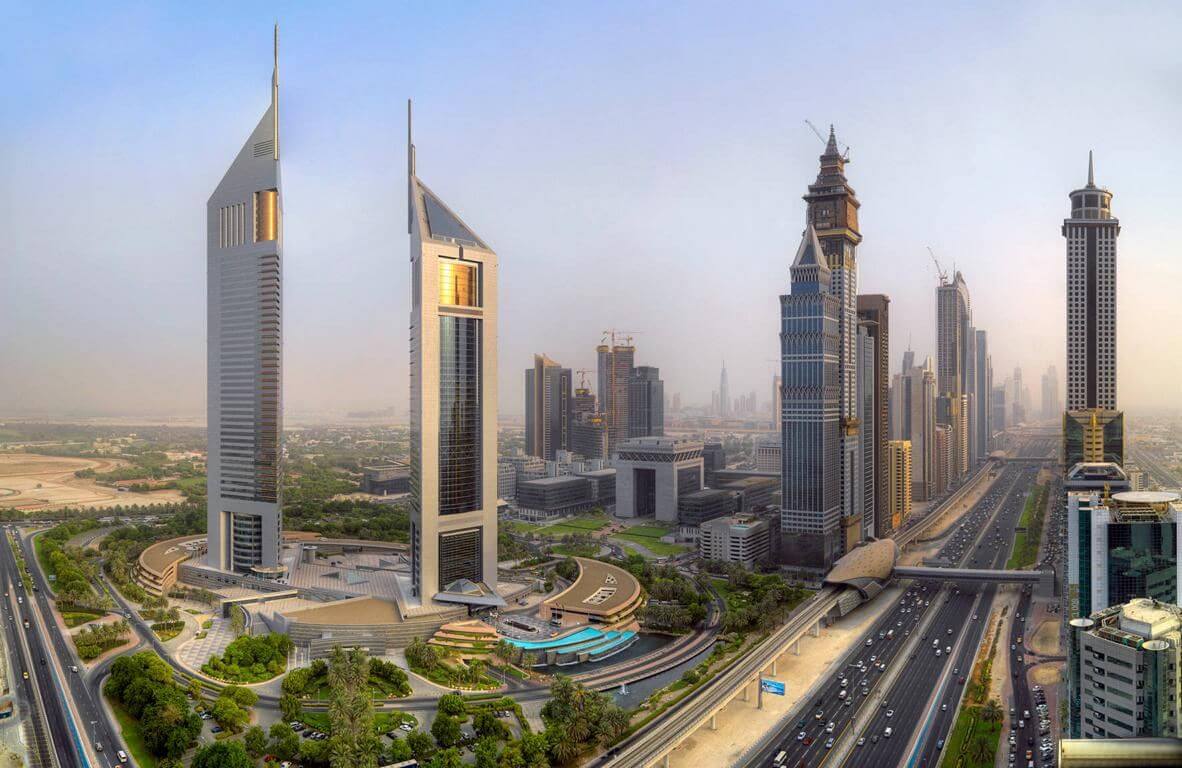 Jumeirah Emirates Towers is an icon of the Dubai skyline. The landmark offers stunning views of the swanky city.

There are endless options of fun activities to indulge in at the towers including soaking up the sun by the secluded pool or exploring the Boulevard for shops and bars.

It’s truly an oasis of calm and comfort, nestled within the financial heart of the city that you should definitely try.

All you Need to Know About The Dubai Food Festival

Miracle Garden Timing for your Tour of Dubai’s Floral Wonderland

Miracle Garden Timing for your Tour of Dubai’s Floral…

Dubai What to Do: Top Five Things To Do on your Vacation…