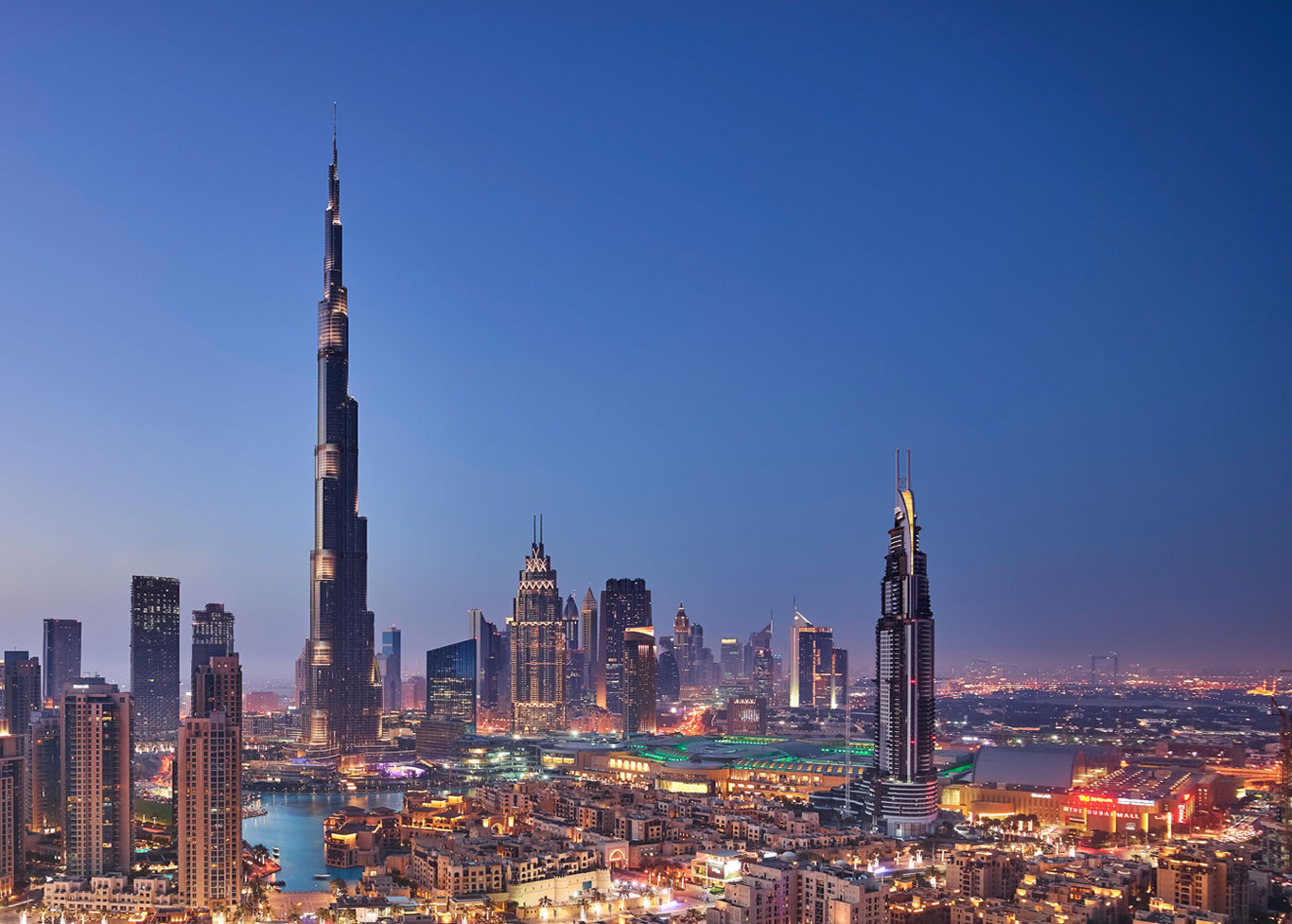 Burj Khalifa is described as both vertical and a living wonder that stands out on Emirati land. Where is Burj Khalifa located in not the main question as it seems, but it’s surrounding area, the connected transfers, and the landscape around it?

The global icon is developed by Emaar projects company. The Burj rises from the Dubai desert to the sky with huge and countless inventions of hotels, suites, residential rooms, shops, and restaurants.

The Burj has earned many titles and world records which made Dubai city recognized as a world-class tourist destination. Many tour operators and agencies organize Burj Khalifa deals.

Where is Burj Khalifa Located

The Burj has the most prestigious address, Mohammed bin Rashid Boulevard, Dubai Downtown, United Arab of Emirates. This iconic address is now an international attraction for businessmen, celebrities, influencers, and tourists from around the world. Dubai tower has access to the Dubai mall and can be reached by taxi or metro.

You can have a taxi to reach the Burj if you want to involve the least walking, but it will be more expensive for sure. If you have kids or old parents who will get tired from walking all the way from Dubai mall to the Burj entrance, then you should take a taxi or hire a private car to preserve some effort.

Some construction facts about the Burj 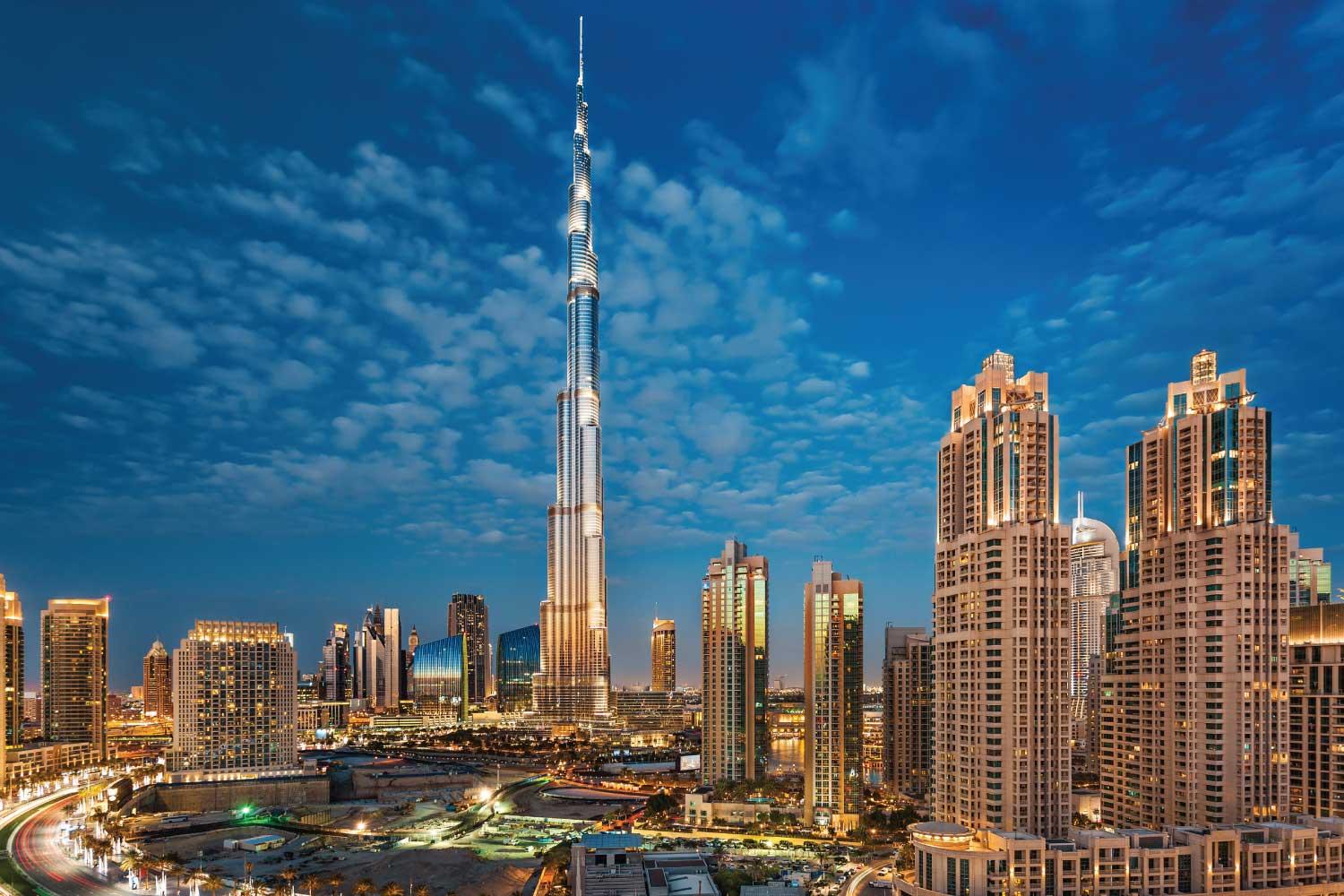 Where is Burj Khalifa located to shed the light on Dubai city, and make it visited by millions of tourists yearly? The Burj has a lot to offer, and many to be visited. We shall not forget the highest restaurant in the world located on the 122nd floor and the highest nightclub that belongs to the one and only Giorgio Armani.

We as a specialized company in Dubai tours and sightseeing have provided tours to Dubai’s most iconic landmark, Burj Khalifa at the top.

At The Top – Burj Khalifa SKY

You will get to ride in the fastest elevator in the world up to the 148th floor, which was the highest observatory in the world until Shanghai Tower was opened.  At 555 meters high enjoy exceptional views of Dubai city, the desert, the famous skyline, and the Arabian Gulf. This tour offers a more luxurious experience that includes:

You will then continue to the other observation decks at 124th and 125th floors where you will have 360-degree panoramic views of the entire Dubai city.  You can go out into the open-air terrace for a clearer view. There is a high-power microscope provided for a close-up look, and to determine exactly where is Burj Khalifa located. Nothing better than ending your trip by buying a souvenir to remember such moments for life. You can shop in the stores.   You can use Burj Khalifa metros to get there.

Visit the tallest tower in the world and explore Dubai city from an at the top observation deck view. The observatory is located on the 124th floor and provides amazing views of the entire city from 456 meters.

From up there, you can see your Dubai like nobody else. Take a closer look and the famous skyline next to the Burj, catch up the desert, and the Persian Gulf.  The Dubai fountain can be seen from the Burj floors.

Get down to the Burj Club located on the 5th floor which is called Armani Deli or Armani Mediterranean and enjoy a delicious three-course meal for either lunch or dinner.

The tallest man-made structure impresses us with its world records, outstanding celebrations, and hard to believe facts. I guess it gained its popularity not only from records but more related to where is Burj Khalifa located.

Read More: How Tall Is Burj Khalifa The Tallest In The World

Dubai City 50 years ago was more to a desert, and now it represents such a tall building that amazed everyone. You will find many Burj Khalifa deals, but don’t forget to check out the observation decks.

Get Your Dubai Tours Guide and Explore The City