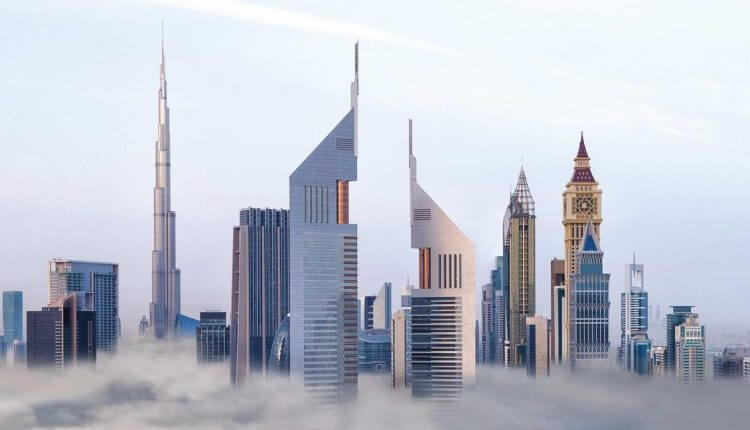 The Emirates Towers were built in the late 1990s and early 2000s. They are now home to a hotel and government offices. To this day, the towers remain one of the most iconic towers in Dubai. This is from its unique design.

The project is a major highlight to His Highness Sheikh Mohammed Bin Rashid Al Maktoum. The structure is symbolic of two towers of prominence in the city.

What to Know About Emirates Towers 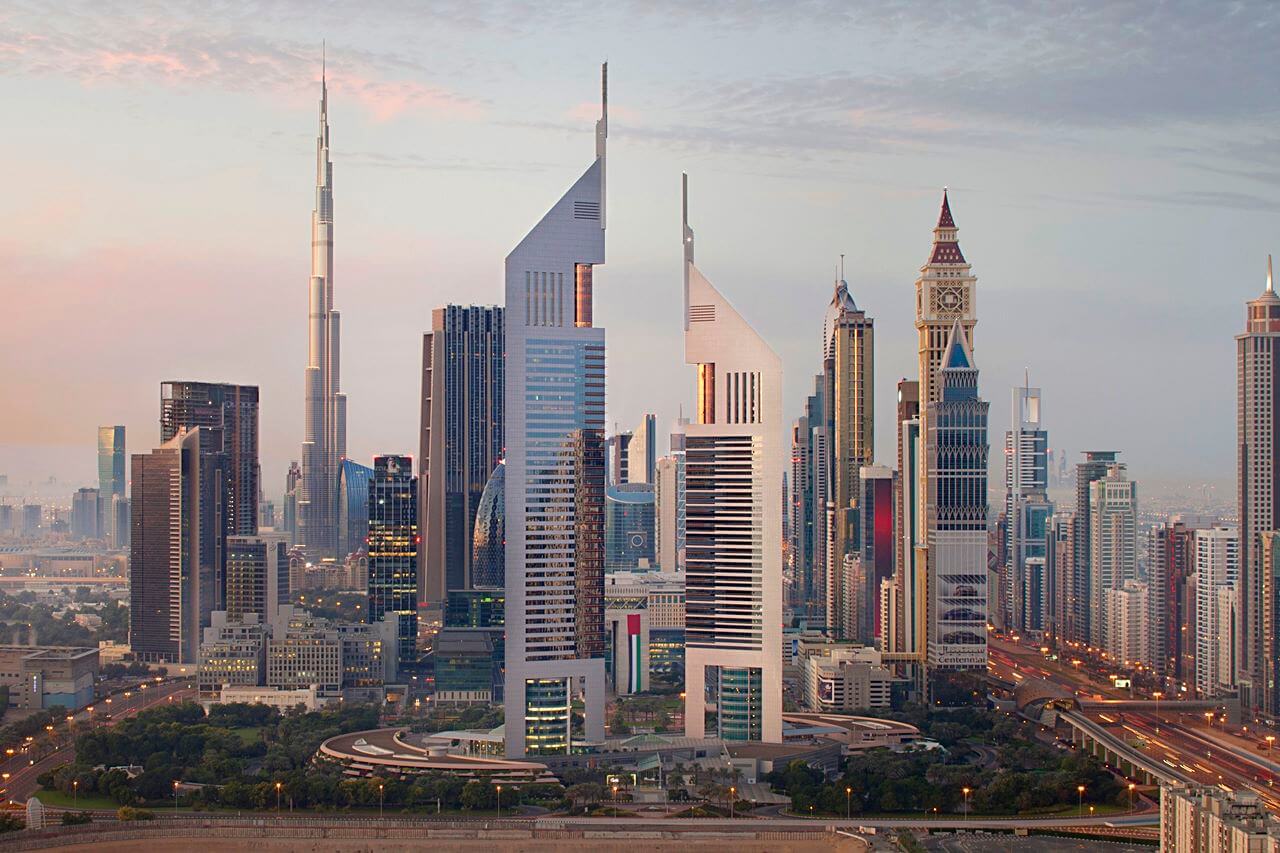 The Emirates Towers Metro station is easily accessible to the airport and other key attractions around the city. These include Jumeirah Lakes Towers, Dubai Mall, and the magnificent Burj Khalifa-the World’s tallest building.

The Tower is also connected with the 56-story  Jumeirah Emirates Towers by a retail Boulevard that includes exclusive fashion labels.

The Tower is set-in in between Dubai World Trade Centre and Dubai International Financial Centre. The financial center is a major global financial hub for the Middle East, Africa, and South Asia Markets.

The towers are clad in silver aluminum panels and silver and copper reflective glass. The tower’s three equilateral triangular shapes are symbolic of the Islamic culture and the earth, sun, and moon.

The towers rise from a three-story terraced podium that highlights a luxury boutique, retail mall, restaurants, and cafes. These are set within lush landscaped gardens that feature waterfalls and ornamental lakes. Low-rise curvilinear parking structures flank each tower. These structures are reminiscent of the rolling sand dunes of the surrounding desert. 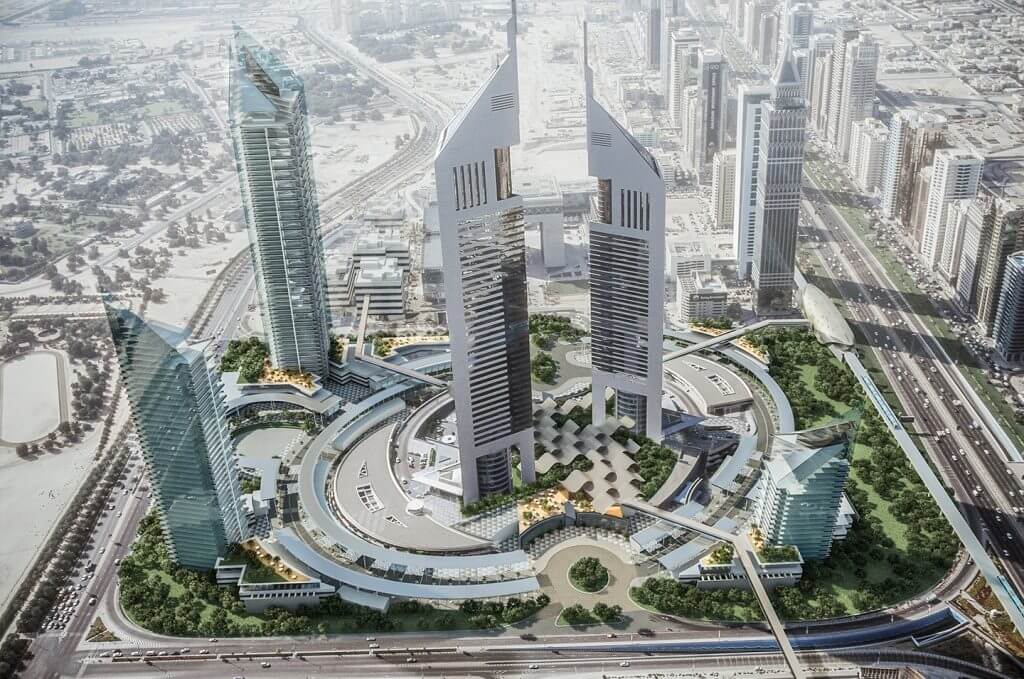 The Emirates towers were completed in 2000. They were designed in a collaboration between:

The key objective in the design of the Emirates Towers is to mimic a frequently changing structure. This is based on the point of view and time of day.

The vast grounds of the towers span an area of 570,000 sqm (42 acres). One of the most striking features of the expansive space is peacocks left to roam the territory. They belong to the nearby Zabeel Palace.

The towers house the Dubai Future Accelerators program and youth hub featuring young entrepreneurs, programmers, and other professionals. The presence of these very strategic government entities enables the towers to act as the central hub of the UAE. The hub is constantly streaming with high profile local, regional, and international dignitaries.

The hotel tower’s unique lobby raises over 30 floors. Its key highlight is unmatched patrons among them entrepreneurs, businessmen, and women, government officials (local and international), and an array of other professionals.

Not a day will pass here without encountering a UAE cabinet minister, a head of state, intellectuals, politicians, diplomats, artists, and even foreign agents.

The ballroom is home to numerous events such as Christie’s auctions of Middle Eastern art since 2006. Such events along with the conferences and exhibitions that take place at DIFC (Dubai International Finance Centre), World Trade Centre, and other venues ensure targeting the most diverse crowd from around the world.

The Emirates Towers are the hub where many of the country’s internal policies are formulated. This is from tax laws, environmental standards, futuristic endeavors, and grand schemes aimed at transforming the country happen.

This is where foreign leaders from countries with the most promising technology, science, academia, and commerce often meet the Prime Minister and his team of brilliant young minds.

The Emirates Towers is far greater than the majestic structures in the world. It’s a factory of the future. It’s evident it hosts some of the best Emirati and global minds.

All you Need to Know about Snow Park Dubai 2021