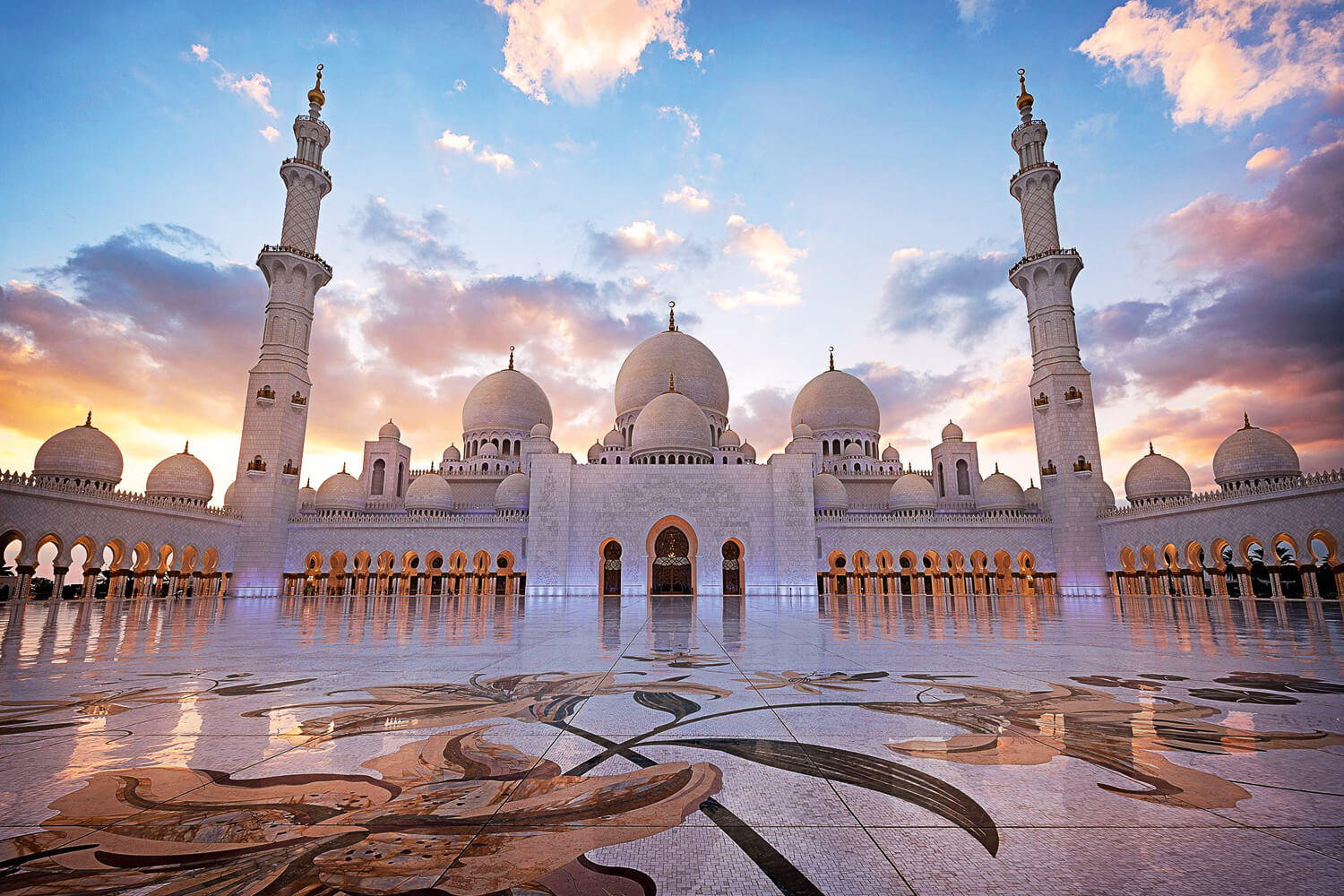 All you Need to Know about Sheikh Zayed Grand Mosque

Sheikh Zayed Grand Mosque is one of the largest mosques in the world and considers to be an artistic masterpiece internationally. It blends three art schools of Islamic civilization to create this amazing final building.

If you are in U.A.E, this is a must-see attraction that you’ll never regret. We have gathered all the facts and information about the site, in case you want to know anything before going. you can checkout now with our tour operators in Dubai. 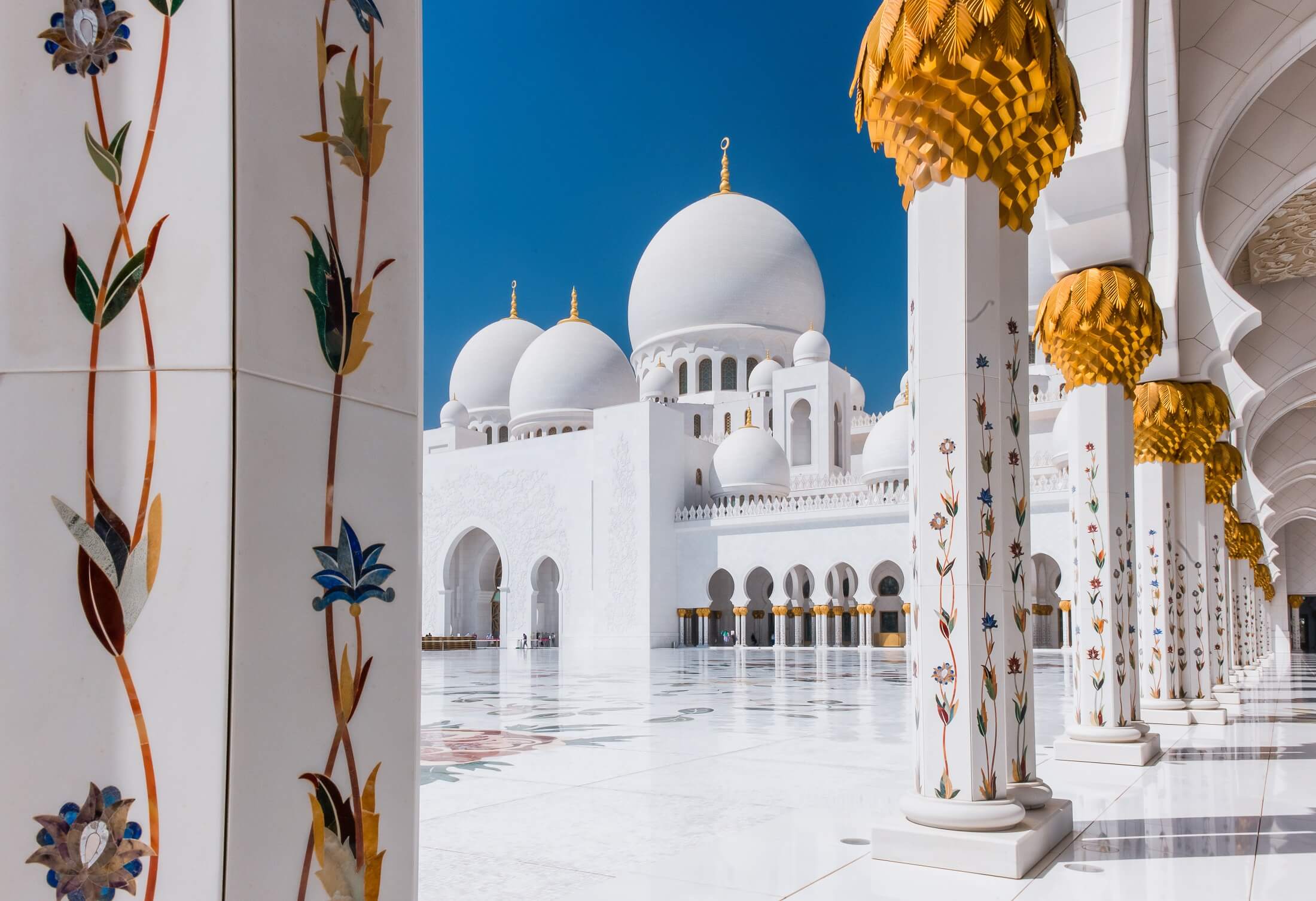 The main design element of the Sheikh Zayed grand mosque that steals the eyes looks in the massive numbers of Domes. The largest one of course is in the center. The Domes are shaped as crowns and made of white marble cladding and decorated with gold-glass mosaic.

The mosque design is inspired by different Islamic art periods: The Mamelukes, Ottoman, and Fatimid to create art fusion and beauty of the Islamic civilization in general.

The Mosque Colors and Minarets

The color schemes of gold and white give an impression of something precious and luxury, and we can clearly see that on the column inside the mosque which they are decorated with golden crowns in the bottom and flower shapes on the top.

The mosque has four minarets. Each one is decorated with different geometric shapes and reaches to almost 106 meters tall. Each shape of the minaret reflects the Islamic art of a certain period of Islamic history. 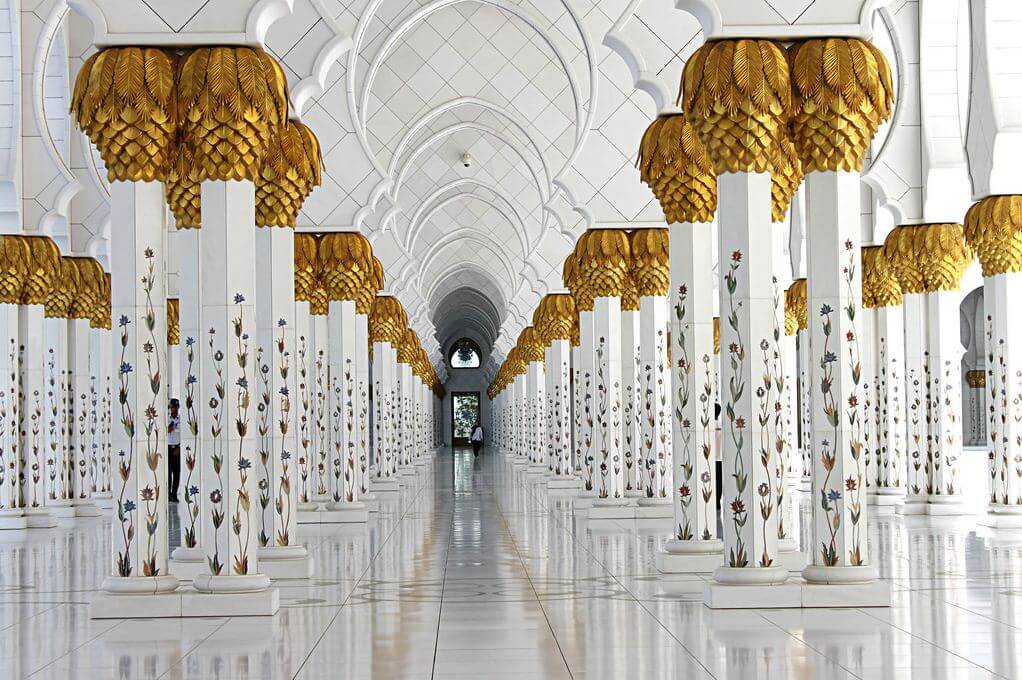 Don’t miss the great opportunity to visit one of Abu Dhabi landmarks and great symbolism of Islamic civilization and Dubai culture. The Sheikh Zayed Grand Mosque has so many cool facts to know about, and you’ll be enjoying discovering the huge place around.

Are you Up for Dubai Wildlife Discovery