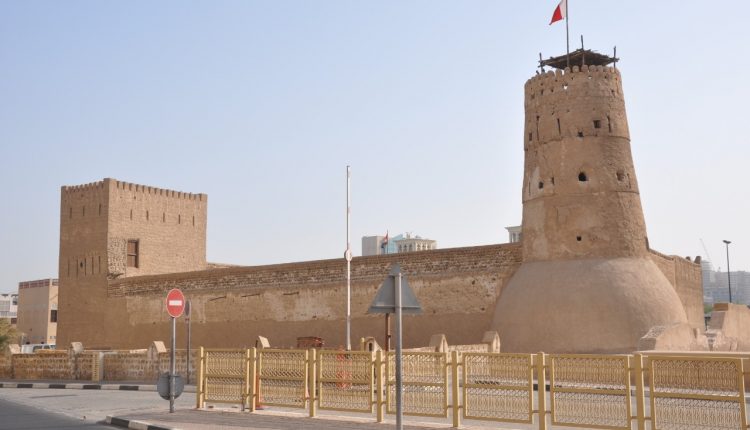 Al Fahidi Fort in Dubai The History of Golden City

Al Fahidi Fort in Dubai is situated at the south of Dubai Creek, right at the Al Souk Al Kabir. The area is renowned for its vigorous trade and proximity to the Ruler’s Court-The monarch’s divan. The fort was built back in 1787 (That’s about 200 years ago).

The History of Al Fahidi Fort

The monarch’s proximity to the border of the urban Dubai at the time led to it being a fort of defense. Later on, the Al Fahidi fort was turned into an arsenal for artillery and weapons. Besides, it was also used to imprison outlaws.

The fort was later given a major renovation during the leadership of the late Sheikh Rashid bin Saeed Al Maktoum.

The Al Fahidi Fort in Dubai was later opened in 1971 (The same year the federation was formed), but this time as an official museum displaying the history of Dubai and its rich heritage. Way later in 1995, an underground museum was added to the old Fahidi fort.

Visitors to the Dubai Museum “Al Fahidi Fort” are in for a moment of their lifetimes treated to the rich, full, and comprehensive knowledge of the very interesting, old history of Dubai. This is from the way of the people and civilizations from history.

Indulge yourself in the different environments of both the urban and rural lives in Dubai. This is from marine, coastal, desert, mountain, and agricultural lifestyles.

Enjoy the rare authentic monuments, original samples, paintings, and audio-visual are scattered throughout the museum.

The museum features a wing displaying antique monuments including:

At the wing of Dubai, you find a bridge between the past and the present. On another wing -The market is best known as the 1950s wing, you will find a comprehensive display exuding a market atmosphere with vendors, shops, and goods sold during those times.

At the Masjid wing you find:

At the astronomy wing, the natural phenomena wing, and a sea wing you are taken on a breathtaking journey showing you the deets of shipbuilding, the manufacturing of shipping equipment, the pearl diving profession, and the marine life on the Arabian Gulf.

At the folklore wing, you will find weapons and an Old Dubai fortification wing.

Right in the middle of the Al Fahidi Fort in Dubai is a spacious yard displaying varying models of local boats, bamboo houses fitted with traditional furniture. 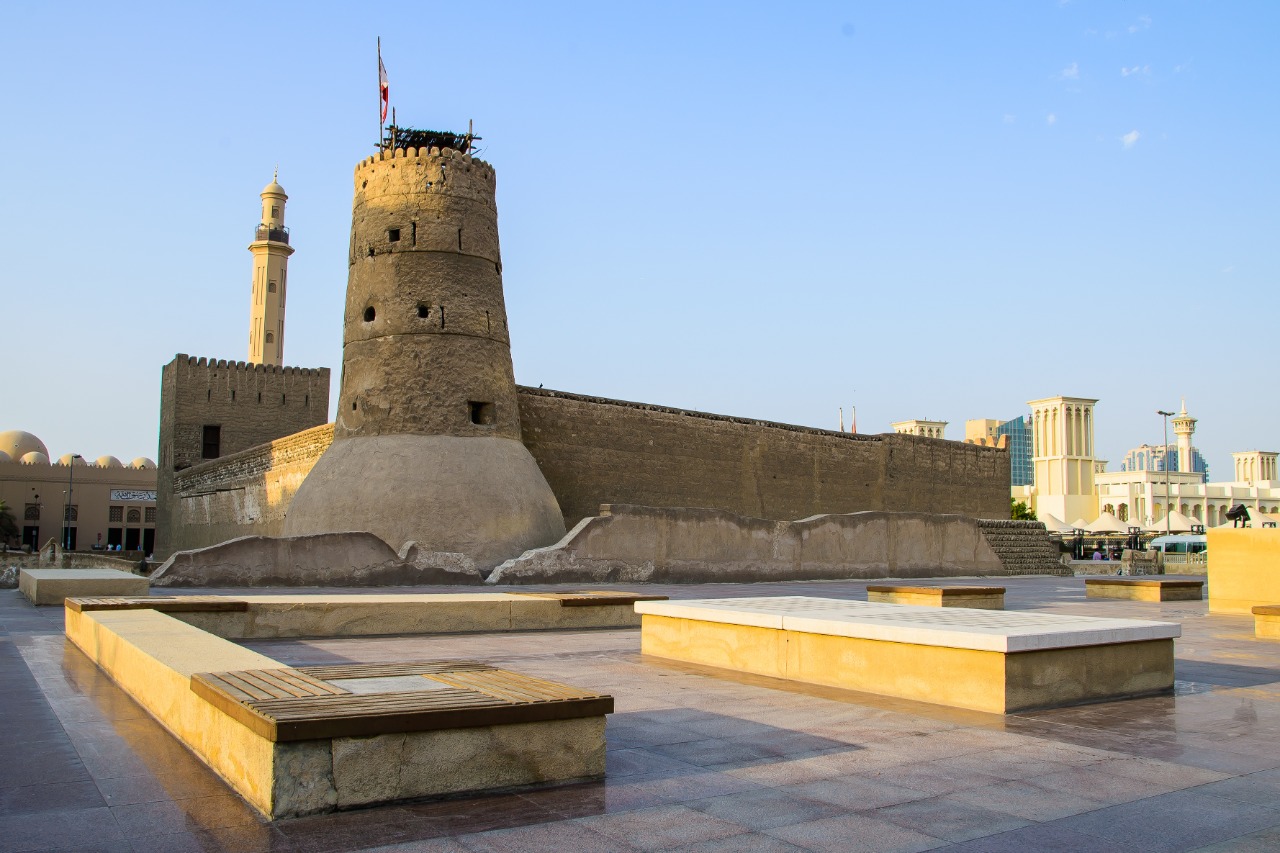 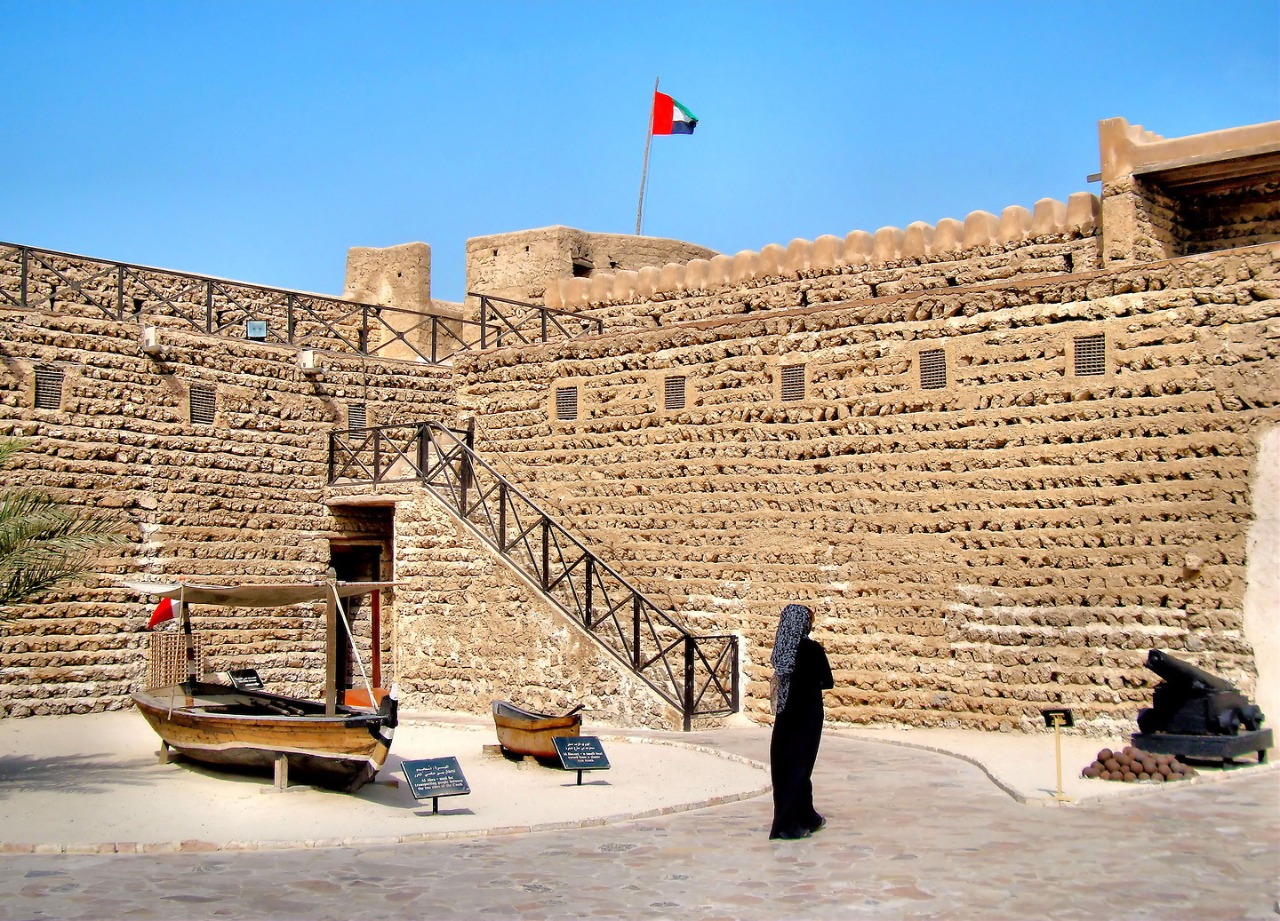 A visit to Al Fahidi Fort in Dubai (Dubai Museum) is an opportunity to learn about the history of Dubai from its current development, modernism, and distinction.

These are all a continuation of a unique journey distinguished by civilizations subjected to different cultures and people. The museum also brings out the strong bond between Arabism and Islam.

The comparison between old and modern Dubai, which are only years apart shows you the great, constant efforts that have led Dubai to its current state of progress. Needless to say, the museum also instills the confidence of everything Dubai is today to be founded on a deeply rooted civilization.